A couple of months ago, my old friend Scott wrote me to let me know that he mentioned me and some things that I said in the show in a sermon.  Today, I finally tell that story.   I also talk about the current state of the corn sheller site and we discuss the situation of a listener named John — a guy that has lost everything and is looking to start over with internet marketing at age 61.

Huge shout-out to my friend Matt for starting off the show with something that is known is Dallas as a “BaD radio liner”. BaD (Bob and Dan) Radio airs on 1310AM “The Ticket” in Dallas, and is a huge sports-talk radio show (and Bob has a great sports blog too). Really famous people make “liners” for the show and claim that they never listen. Very cool stuff.  Thanks Matt!

The corn sheller site has been consistently getting about 200 page views a day for some time now.  That translates into about 600o page views a month.  You can see the stats here:

So, we know that traffic is still getting to the blog.  Then the question is what is happening to the traffic on the blog?  Is it still reaching eBay?  Well, the answer is “yes” — more than ever before.  But the traffic reaching eBay is not really converting.

So — the ultimate question is why is this happening, and what should we do?

For months I have been promising to tell the story about my friend Scott that mentioned me and some stuff that I say in the blog in his sermon.  Well, today is the day that I finally tell the story, and there is a business lesson for all of us.

I Lost Everything – A Guy Named John

Finally, I got this message from a guy named John.  We talk about it.

Mark,
I am desperately in need of an internet or passive income to prepare for my retirement. I am 61 years old and have absolutely nothing to rely on…. I have lost everything and now have No pension, no savings nothing… and am doing agency work which is very unreliable, not to mention intimidating.
Quite sad but it is all my own fault… wrong decision…greed…credit crunch…

Now, I need a solution and I see that for some reason or another you are very willing to help people establish their online business. Thank you and I would seriously like to take you up on that.

Liquid finances are a bit low but  I trust you will not make me spend unnecessary money. I have a Hostgator account and also a GoDaddy one.

My previous company was ….
I would like to start an Amazon affiliate business and thought I should ask your advice, hoping you would be kind enough to guide me. Maybe you have a better idea/s.

What I really would like is help to create a website that will earn me, say, a minimum of ten dollars/pounds per month. Once that is done successfully I can just repeat it (about a hundred times)…

thanks in advance
John

Naturally, I have some advice for John.

Leave Us A Review In iTunes

Thanks so much for your reviews on iTunes. We get a ton of exposure from iTunes, and we really appreciate the reviews there. At last count, we were at 30 reviews and counting. Reviews help us get new listeners — so I really appreciate you taking the time to leave a review.

To leave a review, just go to latenightim.com/itunes and follow the instructions. Thanks!

Send us your feedback

As always, I'd love to hear what you think about the podcast. Better yet, I’d love to answer your question about Internet marketing on the show. Just drop me a line here on the blog or on the digital recorder at 214-444-8655. Don’t worry, there are no stupid questions. Unless you tell me not to, when you ask a question or leave a comment might even use it on the show.

When the transcript is available, it will be here with all the other Late Night Internet Marketing Transcripts.

If you are lovin' the podcast, please be sure to leave us some feedback and subscribe in iTunes!

Podcast Alley is another option:

Here is the Raw RSS Feed.

On this episode I give you an update on the Corn Sheller site, complete with earnings and traffic statistics, I finally tell that story about when I was mentioned in a sermon, and we address some feedback from listener John who is looking to recover from losing everything financially. All this and more on the Late Night Internet Marketing Podcast…

I loved the shout out liner from Matt, a very accomplished left centerfielder from the Might Allen Peanuts. The guy has total wheels, he covers the outfield, he can throw the ball into home plate from centerfield, and he can crush it. In fact, there’s a whole other story about how he almost killed me when I was standing on third base getting ready to score and he hit a screamer and almost broke me in half.

That liner is finer because he says he never listens to the show, and I think actually he does occasionally listen to the show. He was talking about not listening to the show because there’s this really outstanding radio station here in Dallas, 1310 AM The Ticket, it’s a sport talk radio station, and their midday show is by these two guys Bob and Dan, it’s called BaD Radio, an abbreviation for Bob and Dan. All their liners are like that, “I never listen to BaD Radio on The Ticket,” is what everyone says when they use those celebrity liners. So Matt called me with that celebrity liner from left centerfield from the Might Allen Peanuts. That was so awesome, I had to bring that to you. I appreciate that, Matt, thank you very much.

It’s been a little more than a week, maybe a little over two weeks, 15 days since I recorded my last episode. I’m still trying for the weekly show. Life got in the way a little bit, but don’t worry, the goal is definitely still to average a show a week. We’ll try to squeeze as many in as we can here to try to get a little bit caught up. It’s not because there is a shortage of things to talk about.

Last time I had Dr. Jason Jones. That show was very well received. If you didn’t check that out, that’s Episode 65 and I encourage you to do that. I got a lot of really good feedback.

Peter wrote in the comments, “Thanks Mark and Dr. Jason for a podcast with substance. It was really interesting to hear something that was not rah-rah, but real academic research with practical advice.” I thought so this guy is saying finally I put out a show with substance, is that what he’s saying or is he talking about other people’s podcasts. I’m just kidding, Peter, I’m down with all your comments, I think it’s great.

It’s an interesting balance because I know if I went all egghead on your guys all the time, as I might be prone to do as an engineer, that wouldn’t work either. We try to strike a balance between interviews and really technical stuff, motivational stuff, and practical experience that I have, and listener feedback and all of that stuff, so that we can keep everybody engaged and keep the show moving along.

That’s the goal, kind of peeling back the curtain there a little bit on the programming to let you understand what’s going on. 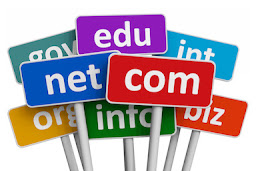